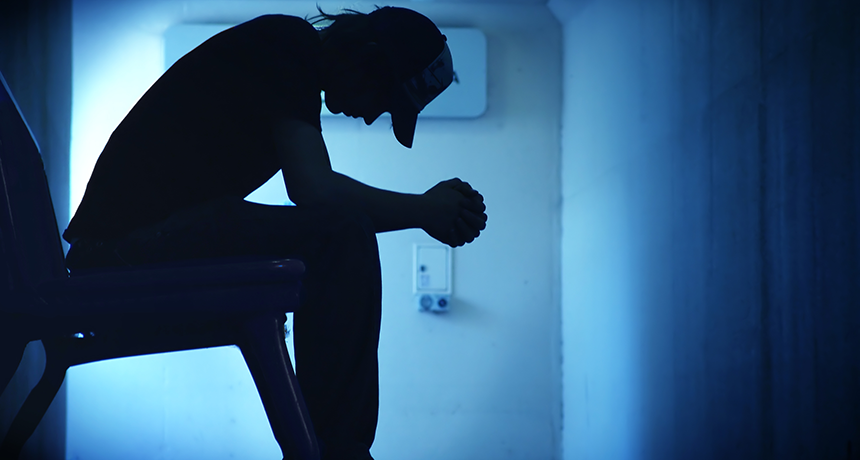 A disturbing number of teens and young adults question whether life is worth living. The good news: Resources are available to help them get through tough times, however hopeless they might feel at the time.

New statistics from the Centers for Disease Control and Prevention, or CDC, have revealed an alarming rise in suicide rates among U.S. teens and young adults. But experts have good advice that can help you or those around you deal with life-threatening despair.

Oren Miron led the study that mined the new statistics. He’s a data scientist at Harvard Medical School in Boston, Mass. While in high school, the suicide of a classmate made Miron realize “how fragile this age group is.” His friend had not been depressed, but the boy had been bullied. 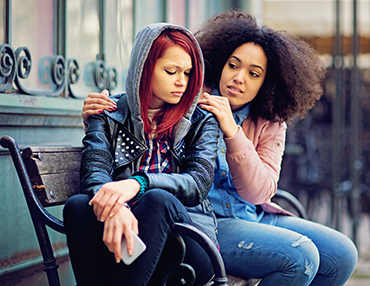 If you worry about a friend, don’t wait for her to volunteer what’s troubling her. Ask. Your caring could just make all the difference, Adrian says.praetorianphoto/E+/Getty Images

As an adult, Miron remembered his friend. And he wanted to know how serious the suicide risk had become in high school and college students. A June 2018 CDC report showed the rate of U.S. suicides had climbed some 30 percent between 2000 and 2016. It was now 13.5 people per 100,000. Miron’s team looked at these data, homing in on those for teens and young adults. The team also extended its analysis for an extra year.

As alarming as these numbers are, they might still be lower than the real rates, Miron and his team write in the June 18 issue of JAMA. Suicides are not always easy to recognize, Miron explains. And what’s driving the troubling trend is currently unknown. It’s something his team plans to investigate in the coming months.

If you know someone in crisis … get them help

Sometimes it’s clear that a teen or young adult is in trouble. Their personality may change suddenly. They may become withdrawn, angrier than usual or seemingly uninterested in much of anything. It’s okay to ask these individuals how they’re doing, says Molly Adrian. She’s a clinical child psychologist at Seattle Children’s Hospital and the University of Washington. It’s important to know if someone is seriously considering harming themselves, she says.

If their answer sounds particularly grim — like they’ve lost all hope of things ever getting better — then go ahead and ask if they have been thinking about suicide. Such a question won’t increase someone’s likelihood of trying to hurt themselves, Adrian says. Studies have shown that’s not likely. And that the benefits of knowing outweigh the risks, she adds. If someone has considered suicide, she says, friends, family or others should immediately try to get this individual some help.

And there is help, Adrian notes. “There are concrete things we can do.” 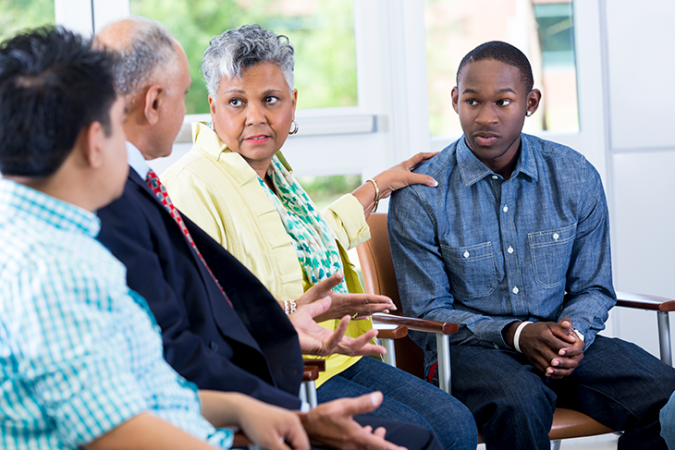 Part of the DBT training teens got at sites in Seattle and elsewhere was to develop new coping skills. Family or caregivers participated in those sessions too.Steve Debenport/iStock/Getty Images Plus

For instance, Adrian and her colleagues have shown that a type of treatment known as dialectical (Dy-uh-LEK-tih-kul) behavior therapy, or DBT, can help. In DBT, patients get weekly individual therapy sessions. They also go to meetings with a group that helps them learn how to let go of past thoughts and to focus mindfully on the present. They learn how to understand and control their emotions as well, and how to understand their friends and family.

In one study of DBT, Adrian and her team worked at four U.S. centers with kids ages 12 to 18. These 173 youths, mostly girls, had intense thoughts of suicide and at one time had attempted some sort of self-harm. Each was randomly assigned to get one of two types of mental-health treatments for six months. Half got both individual and group conventional therapy. The rest got DBT.

In the six months after DBT training, kids were half as likely to still be seriously suicidal, Adrian’s team found, when compared to teens getting conventional therapy only. The researchers described their results in the August 2018 JAMA Psychiatry.

The idea being taught with DBT, Adrian says, is that “you can talk about and share what’s bothering you.” Some kids have very troubled lives. They can be bullied by their peers or tormented by families. Horrible things may have happened to them or to people close to them. In DBT, no one will dismiss how awful their lives are.

The focus, Adrian says, is to show teens that there is “always hope that they can get beyond this.” People will listen to them, help them learn how to cope with the stress in their lives and teach them to just do the best that they can. The message: Don’t worry about perfection, just get through each day. One. Day. At. A. Time.

And let friends or others help, Adrian adds. If reaching out to a mental-health professional is too hard for someone in crisis, they should let a friend, family member or school counselor do it for them, she says. There are lots of people who are ready to help and want to help. They just need to know who they should reach out to.

Since 2016, suicide has become the second leading cause of death in the United States among people ages 15 to 29, according to the CDC. If you or someone you know is suffering from suicidal thoughts, please seek help. In the United States, you can call the National Suicide Prevention Hotline, 1-800-273-TALK (8255). Or you can text 741-741. Please do not give up hope and do not suffer in silence.