Tunisian women welcome repeal of interfaith marriage bancancer and capricorn horoscope todayBut Islamic conservatives aim to undo the repeal of the law, which they maintain was based on Muslim teaching. 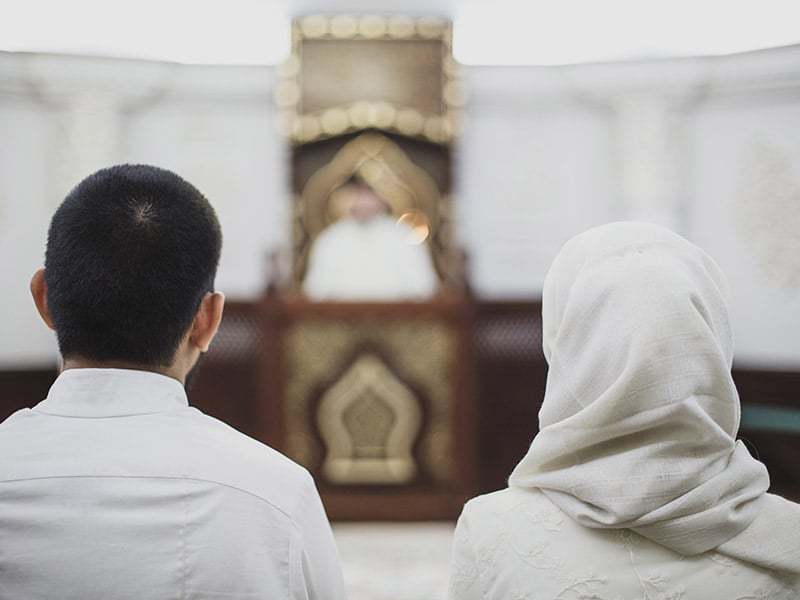 TUNIS, Tunisia (RNS) — A few months ago, Amina El Mahdhi was forced to go abroad to marry the man she loved.

That’s because he is a Christian. And it was illegal in Tunisia for a Muslim woman to marry a man of another faith unless he converted to Islam.

“I refused to force my future husband to convert to another faith to be able to marry me,” said El Mahdhi, 30, of Sousse, a coastal town about 90 miles south of Tunis. “His faith had never even been raised in my family so why should it be an issue for the state?”

But on Sept. 14, the ban on women marrying non-Muslims was nullified by presidential decree, and after going to Sweden to exchange their vows, they are now planning a second wedding celebration in Tunisia.

“I can simply register my marriage without any problem now,” she said. “And I can get married in my home country in peace now.”

From Lebanon to Malaysia, most Muslim-majority countries prohibit a Muslim woman from marrying a non-Muslim man. In some places, such as Sudan, it is punishable by death. Muslim men, on the other hand, may marry Christian and Jewish women.

Interfaith marriages involving Tunisian women were hardly common, but also not unheard of, in this small North African nation of 11 million where 99 percent of the population is Muslim.

But if the ban was to end anywhere, it is not surprising that it would be in Tunisia. It has long been known as one of the most secular and progressive nations in the region, especially for women. In 2011 Tunisians sparked the Arab Spring movement, deposing longtime Tunisian dictator President Zine El Abidine Ben Ali and inspiring Egyptians and others to revolt against their longtime leaders.

“Children of such marriage are considered bastards in view of the law, can you believe that?”— Amina El Mahdhi, Tunisian woman in interfaith marriage

Progressive policies in Tunisia go back to 1956 when, under the leadership of President Habib Bourguiba, the country adopted a body of law regulating marriage, divorce, custody and inheritance that included the abolition of polygamy.

Current President Beji Caid Essebsi, 90, after taking office in 2014, declared that “the state is obliged to achieve full equality between women and men and to ensure equal opportunities for all.”

In July lawmakers criminalized violence against women, including domestic violence. The law also prescribes measures to prevent such violence and assist survivors legally.

And on Sept. 14, Essebsi spoke about vacating another much-criticized rule that gives women a smaller share of the family inheritance than male relatives – shocking the Arab world, where that practice is standard.

The now-nullified interfaith marriage ban had forbidden civil authorities from registering marriages between Muslim women and non-Muslim men without the groom possessing a certificate of conversion by the Office of the Grand Mufti – the highest religious authority.

Muslim woman could wed non-Muslim men abroad, but the spouses remained officially single and any children from the union were barred from Tunisian nationality and inheritance rights.

“Children of such marriage are considered bastards in view of the law, can you believe that?” said El Mahdhi.

Others handled the law by undergoing a quick — but not necessarily heartfelt — conversion.

“It took my husband three minutes to pronounce the Shahada (Testimony) and read few verses from the Quran in broken Arabic to become Muslim,” said Molka Kammoun, 30, of Kairouan, who married a Christian and French national five years ago. “It was how we could get married. … It was simplistic and perfunctory.”

Conservatives hope to undo the repeal of the 1973 law, which they maintain was based on Muslim teaching.

“Changing a clear religious text is not acceptable,” Parliament member Abdellatif El Mekki of the Islamist Ennahda, the second-largest party in Tunisia, said in a Facebook post on Aug. 15.

“I am totally against it because it will create problems with raising children,” said Samira Yacoubi, 36, a medical secretary near Tunis. “They can’t be raised by two parents who are from two different religions. In Tunisia, it is the mother that has the biggest responsibility in raising children, so if she marries a foreigner, the latter can impose his religion or his way of raising children and that will most likely create problems in the family.”

“I support this 100 percent – everyone should be free to marry whomever they want.  Since we as men can do it, women should also be able to.”— Otay Lekssira, agriculture worker

Women’s groups had fought the law for years.

“It was a way to force a non-Muslim to change his beliefs or to push him into hypocrisy,” said Amel Grami, a prominent gender studies scholar and women’s rights activist in Tunisia. And it was discriminatory, she added.

“By banning only the marriage of Muslim women to non-Muslims, Muslim society showed that women’s bodies are under the control of men – the ban was a way to regulate women’s sexuality and to express the power of Muslim men,” she said.

Mounira Jameleddine, 68, a retired high school teacher from Sousse, whose daughter ran afoul of the law when marrying a European Christian, said she fought hard for this day.

“The withdrawal of this wicked law is a major event in a Muslim country but a great challenge,” she said. “Bravo to the activism of Tunisia’s civil society, to Tunisian women, and all human rights defenders.”

Not only women hailed the repeal.

“I support this 100 percent – everyone should be free to marry whomever they want,” said Otay Lekssira, 45, who works in agriculture outside Tunis. “Since we as men can do it, women should also be able to.”