Some think interfaith dialogue goes nowhere. A veteran rabbi begs to differ.zodiac open 7JERUSALEM (RNS) – ‘No one living in Northern Ireland, South Africa or Bosnia-Herzegovina 30 or 40 years ago believed their conflicts would end, but they did,’ said Rabbi Ron Kronish. 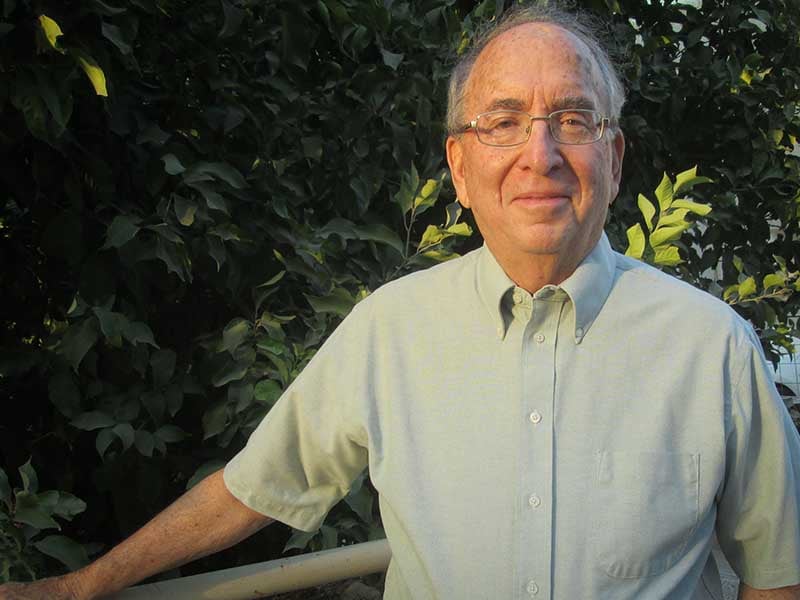 In his new book “The Other Peace Process,” Ron Kronish, a U.S.-born Israeli rabbi, looks back on a quarter century of what he calls “interreligious peace building” in Israel. Photo courtesy of Michele Chabin October 3, 2017 By Lauren Markoe ShareTweetShare

JERUSALEM (RNS) – In Israel, when a rabbi, a priest and an imam walk into a room, it’s not a joke begging for a punchline.

It’s an opportunity for the clerics to find some common ground and engage in peace building in an often-violent region, says Ron Kronish, an American-born rabbi who has devoted much of his life to interreligious peace building in Israel.

To Kronish, who has a new book out — “The Other Peace Process: Interreligious Dialogue, a View from Jerusalem” — the purpose of interfaith dialogue “isn’t to solve the peace process.”

Rather, said the Reform rabbi, it has defused many a tense situation.

“Our role isn’t political. There are tens of seminars and think tanks working on solving the political peace process,” said Kronish, 71, during an interview in Jerusalem, which he has called home for 38 years.

“It’s not kumbaya, saying nice things about others’ religions. It’s painful and people wince a little, but an atmosphere is created where you can say what bothers you, and there is compassion and caring.”

Over time, Kronish said, “you learn to live with one another, to understand other cultures. Our mission is to keep the hope for peace alive by creating real human relationships.”

In his new book, Kronish relates how ongoing, substantive meetings between faith leaders have fostered better relations on both the grass-roots and national levels.

The Vatican’s increasingly warm relations with Israel, for example, were rooted not only in diplomatic moves but 35 years of “systemic and substantive progress in Jewish-Catholic relations” fostered by hard-working priests and rabbis.

Pope John Paul II acknowledged these efforts during his 2000 Holy Land pilgrimage, which, he hoped, would “encourage an increase of interreligious dialogue that will lead Jews, Christians and Muslims to … work for the peace and justice which the peoples of the Holy Land do not yet have, and for which they yearn so deeply.”

Kronish believes religiously moderate faith leaders in the Middle East “have a responsibility” to raise their voices for peaceful coexistence.

“Religions in this part of the world have what I call a well-deserved bad reputation for being extremist and fundamentalist,” he said.

To prevent extremism from spreading, “moderate leaders, whether they’re patriarchs or chief rabbis, kadis or priests, or educators in religious schools or seminaries, need to lift up their voices together and strengthen the moderate mainstream.”

Many times, the deep ties Israeli Muslim, Christian, Jewish and other clerics have forged through dialogue, text study and joint activities have helped to restore calm following attacks of violence or vandalism.

On occasions when Muslim terrorists have killed Jews and Christians, “Muslims in our group have offered their condolences to their Jewish peers,” Kronish said.

When, in 2015, Jewish extremists set fire to part of an ancient Catholic church, Jewish and Muslim clerics visited the church in solidarity and joined groups of Christians in their demands that the Israeli government arrest and convict the perpetrators.

Ten years earlier, after a Jewish soldier shot and killed a bus driver and three of his passengers, two of them Arab Muslims and two of them Arab Christians, a group of rabbis paid a condolence call to one of their group members — a parish priest in the victims’ hometown.

Despite these important interactions, fewer and fewer interreligious peace-building groups in Israel are meeting these days.

“In the good old days of Oslo there was a lot of peace-building work,” Kronish said of the 1990s, when the Oslo Accords offered hopes of an independent Palestinian state and secure borders for Israel. Many now consider the peace process dead.

In the ensuring years “people began to lose hope that these encounters will lead to anything significant, and it has certainly made it harder and complicated for us to work with the grass roots,” acknowledged Kronish, who, until his retirement in 2015, headed the Interreligious Coordinating Council in Israel.

Kadi Iyad Zahalka, a judge on Israel’s Sharia Court, said he continues to meet with his non-Muslim peers because “understanding each other benefits humanity.” Zahalka called Kronish “one of the founders” of interreligious dialogue “who really believes it is important for all Israel citizens to find common ground to help us live together.”

To those who say the Arab-Israeli conflict will never be solved, Kronish points to other nations once caught up in lengthy wars.

“No one living in Northern Ireland, South Africa or Bosnia-Herzegovina 30 or 40 years ago believed their conflicts would end, but they did,” Kronish said.

“I believe that our conflict can be resolved, too, one day, and in the meantime we have hopefully laid some of the groundwork.”