When you hear the word “psychedelic” your first mental picture may be of someone experiencing intense hallucinations, but perhaps that’s about to change. In addition to being potent hallucinogens, psychedelics are now competing for the spot of the next miracle cure for various mental health conditions. In particular, psychedelics have been in the news in Canada, where terminal patients have been granted exemptions to use psychedelics for anxiety and the benefits and pitfalls of psychedelics in psychiatry are being debated.Patients with ailments ranging from depression and anxiety to alcohol or nicotine addiction could benefit from the ongoing resurgence of psychedelic treatments. Scientists have been studying the therapeutic properties of psychedelics at least since the 1960s. These investigations were subsequently impeded for several decades by government prohibitions on the use of these compounds, but theresearch landscape has evolved considerably in recent years.

Psychedelics come in many forms. Ayahuasca is a plant extract consumed during indigenous rituals in South America. Psilocybin is one of the active ingredients of magic mushrooms. LSD, of course, is the infamous party drug popular at raves. All three are currently being investigated as therapeutics in clinical trials.Therapeutic use of psychedelics involves “psychedelic assisted psychotherapy” wherein a patient is given a hallucinogen to trigger a “mystical experience” while being closely monitored in a controlled setting. David Nutt’s lab at the Imperial College London and Roland Griffiths’ lab at Johns Hopkins University contributed several of the early results demonstrating the antidepressant potential ofpsilocybin.Encouragingly, in these small clinical studies, on patients with severe depression or depression stemming from life-threatening illness, just one or two treatment sessions had immediate and lasting therapeutic effects for weeks or even months.

Psilocybin could decrease symptoms in as little as 24 hours, compared to the 4- to 6- week timeline for the therapeutic effects of conventional antidepressants such as Prozac. This speed of action is certainly enticing. Psychedelic therapy holds evenmore promise since around a third of depressed patients do not respond to conventional antidepressants.Since 2018, the US Food and Drug Administration and the European Medicines Agency have prioritized clinical trials of psilocybin treatment for depression. In this time period, several studies have been completed or are ongoing. Many of the studies are employing neuroimaging to explore the associated brain changes. Importantly, several upcoming trials aim to include up to hundreds of participants, such as those conducted by COMPASS Pathways and the Usona Institute.The Canadian chapter of the Multidisciplinary Association for Psychedelic Studies reports that since 2020, research into and application of psychedelic therapies has made great strides forward. Particularly, Health Canada granted exemptions for psilocybin assisted psychotherapy in several instances, mostly to alleviate depression and anxiety in terminal patients.

Although the use of psychedelics in medicine is still strictly regulated, several health care professionals were given permission to possess and test psilocybin for medical purposes. 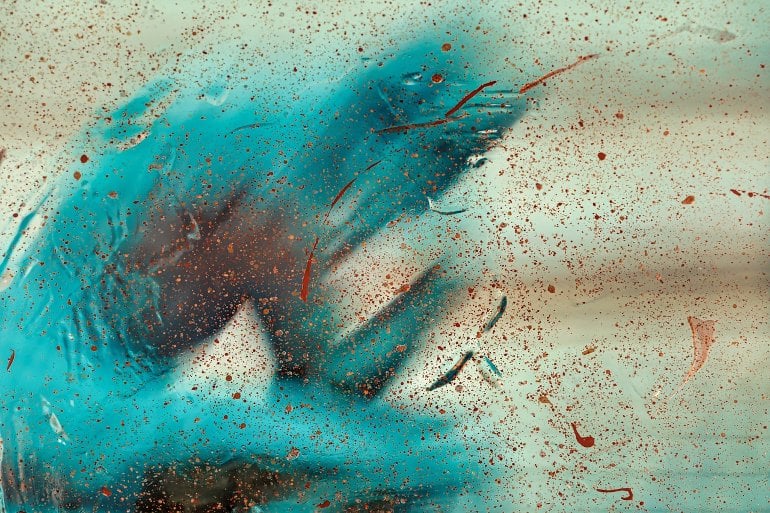 Patients with ailments ranging from depression and anxiety to alcohol or nicotine addiction could benefit from the ongoing resurgence of psychedelic treatments. Image is in the public domain

There are fewer clinical studies of ayahuasca and LSD in depression, but interest is slowly increasing. For ayahuasca several small, early studies from researchers in Brazil reported improvements in depressive symptoms, whereas for LSD, an ongoing trial in Switzerland is set to test 60 participants by 2023.The rising number of studies is seeking to address some important unanswered remaining questions: Which doses and protocols are most effective and safest? What is the most appropriate placebo for psychedelic trials? What are the potential long-term side-effects, if any?The detailed mechanisms by which psychedelics can decrease anxiety and depression are as yet only hypothesized. One possible mechanism, is the activation of the serotonin neurotransmitter system in the brain. Most of us think of serotonin as a modulator of mood, one of the “happy hormones”. Many conventional antidepressants can also affect the serotonin system, which makes this a plausible mechanism.There are also concerns about the side-effects of psychedelics, including transiently increased anxiety and paranoia and the potential for abuse of power in psychedelic assisted therapy, given the vulnerability of patients during induced hallucinations. However, conventional antidepressants are alsorife with side-effects including altered sleep, altered appetite, and sexual dysfunction.Even if the psychedelics are speedily approved for treating depression, they will likely be reserved for those with severe, treatment-resistant depression, similar to other second-line treatments such as ketamine or electroconvulsive therapy. But, given the many limitations of conventional antidepressants, it could be a highly beneficial to many patients if further clinical research on psychedelic therapies is pursued and funded.