Study up: A Reformation anniversary reading listjune 3 2021 horoscopeMartin Luther reportedly said: ‘There never yet have been, nor are there now, too many good books.’ Here are 10 notable ones about Luther and the Reformation he sparked, as Protestants celebrate its 500th anniversary. 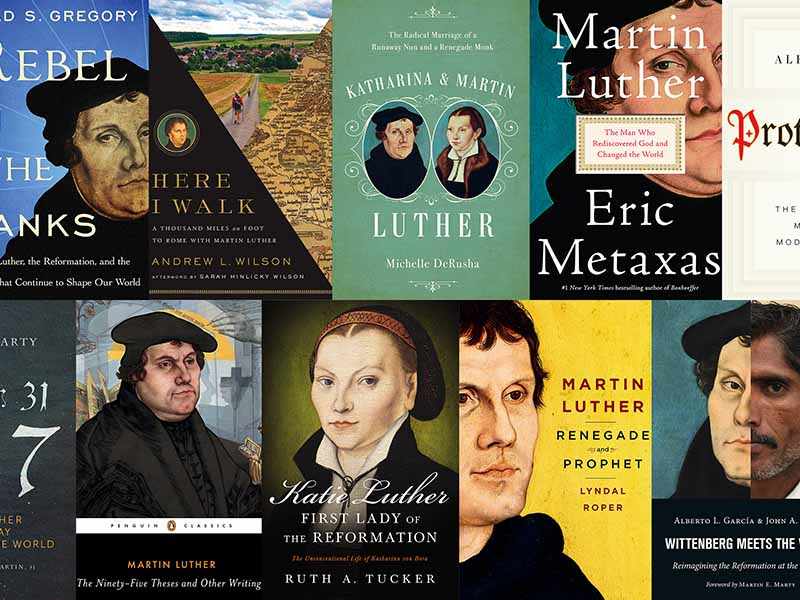 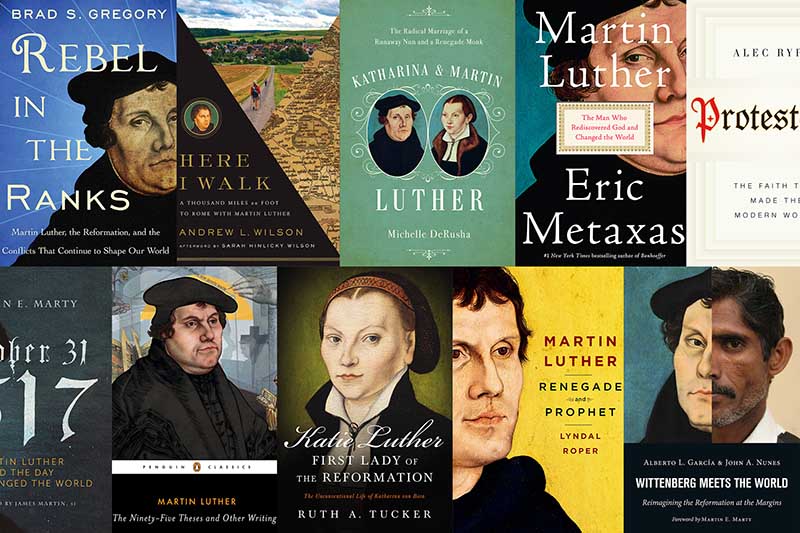 (RNS) — Martin Luther reportedly said: “There never yet have been, nor are there now, too many good books.”

As the 500th anniversary of the Protestant Reformation is celebrated later this month, that seems to be the case. Just as printing presses rushed to distribute copies of the 95 Theses that Luther reportedly nailed to a church door on Oct. 31, 1517, publishers have released a number of books in the past year on Luther, his fellow Reformers and the lasting impact of his action, which ultimately led to the schism in Christianity between Catholics and Protestants.

Here, in alphabetical order by author, are 10 of note:

“Katharina and Martin Luther: The Radical Marriage of a Runaway Nun and a Renegade Monk” by Michelle DeRusha (Baker Books)

They may not have married for love, but the union of these two unconventional people turned into a warm, rich and fruitful partnership that led Luther to believe that marriage is sacred and blessed by God. They came to represent an ideal of Protestant family life and have exerted a lasting influence on the institution of marriage.

“Wittenberg Meets the World: Reimagining the Reformation at the Margins” by Alberto L. Garcia and John A. Nunes (Eerdmans)

While most may picture Lutherans as residents of Garrison Keillor’s fictional Lake Wobegon, religion historian Martin Marty points out in the foreword to this book that there actually are more Lutherans in Ethiopia, Tanzania and Indonesia than there are in the United States or any other country except Germany and Sweden. Garcia and Nunes, both scholars and Lutheran pastors, set out to unsettle their readers in this academic work the way Luther unsettled his in the 1500s. Together, they ask the question, “What does it mean to reimagine the Reformation from the margins?”

“Rebel in the Ranks: Martin Luther, the Reformation, and the Conflicts That Continue to Shape Our World” by Brad S. Gregory (HarperOne)

Gregory, a professor at Notre Dame, looks at how the legacy of the Reformation — the Enlightenment, self-determination and religious freedom that includes the right to reject religion — would have shocked Luther, whose goal was to spread Christianity.

“October 31, 1517: Martin Luther and the Day that Changed the World” by Martin Marty (Paraclete Press)

Marty, one of the pre-eminent historians of American religion, digs into the 95 Theses Luther proposed 500 years ago to answer the question, “Is the Reformation relevant today?” In particular, he focuses on the first of those theses and its call to repentance.

“Martin Luther: The Man Who Rediscovered God and Changed the World” by Eric Metaxas (Random House/Viking)

Luther gets the best-selling Metaxas’ star treatment, like Dietrich Bonhoeffer and William Wilberforce before him.

At almost 600 pages, this is a tome. Roper, an Oxford professor, digs into the interior life of Luther in this biography, which has been reviewed in glowing terms on both sides of the Atlantic. And the result is not always flattering, as the historian doesn’t shy away from the Reformer’s contradictions, his attacks on opponents and the misogyny and anti-Semitism in his writings.

This is a collection of Luther’s most essential and classic works edited by leading Luther scholar and pastor William Russell. Besides the “big 95,” included are Luther’s small catechism, eight Lenten sermons and writings about the letters of St. Paul.

“Protestants: The Faith That Made the Modern World” by Alec Ryrie (Random House/Viking)

Ryrie, a historian and pastor, examines the ways Luther’s ideas changed the world at the time and continue to impact the world we live in today, from the Protestant roots of America to a tradition of civil disobedience.

“Katie Luther, First Lady of the Reformation: The Unconventional Life of Katharina von Bora” by Ruth A. Tucker (Zondervan)

Who wouldn’t want to read about the life of a runaway nun? Tucker, an author and former seminary professor, turns her attention to Luther’s wife, who, she writes, “could walk right into the twenty-first century — and claim lean in as her motto.”

“Here I Walk: A Thousand Miles on Foot to Rome With Martin Luther” by Andrew L. Wilson (Brazos Press)

Wilson and his wife, Sarah (who wrote the afterword), retrace Luther’s 1511 journey from Erfurt, Germany, to Rome in this part travelogue, part history. Along the way, the scholar-hiker explores the legend that it was this trip to Rome that was the “last straw” for the then-monk. Wilson also seeks to illustrate the reconciliation that since has occurred between many Protestants and Catholics.

After all those heavy books, a little light reading might be in order, and Luther — despite his dour demeanor — does not disappoint:

“Luther and Katharina: A Novel of Love and Rebellion” by Jody Hedlund (Waterbrook)

Hedlund is a Christian author who has made a name for herself among Christian romance fans for her clean-as-a-whistle stories of Christian women through the ages. She gives the First Couple of the Reformation the bonnet-ripper treatment in this Christy Award winner.

Luther’s writings often were accompanied by woodcut illustrations by his friend and artist Lucas Cranach the Elder, and the Reformer recognized the power of images to teach. So perhaps a graphic novel — with dramatic illustrations of Luther’s predecessor Jan Hus burning at the stake, the terrifying thunderstorm that convinced Luther to become a monk and his self-flagellation — is the most Lutheran of ways to communicate the story of the Reformation.

Reformation ABCs: The People, Places, and Things of the Reformation ― From A to Z” by Ned Bustard R.C. Sproul (Crossway)

Luther was an advocate for literacy in his day. So he probably would be a fan of this book, which teaches “B” is for “Bible” and “C” is for “Calvin” and features a foreword by theologian R.C. Sproul.

This chapter book doesn’t talk down to the kids in its biographical treatment of Luther and is particularly good at explaining Luther’s ideas for a young crowd.

The Life of Martin Luther: A Pop-Up Book” by Agostino Traini (Sparkhouse Family)

Let’s not forget the kids — Martin and Katharina didn’t. The couple had six surviving children. In this children’s book, the story of the Reformation literally leaps off the page.