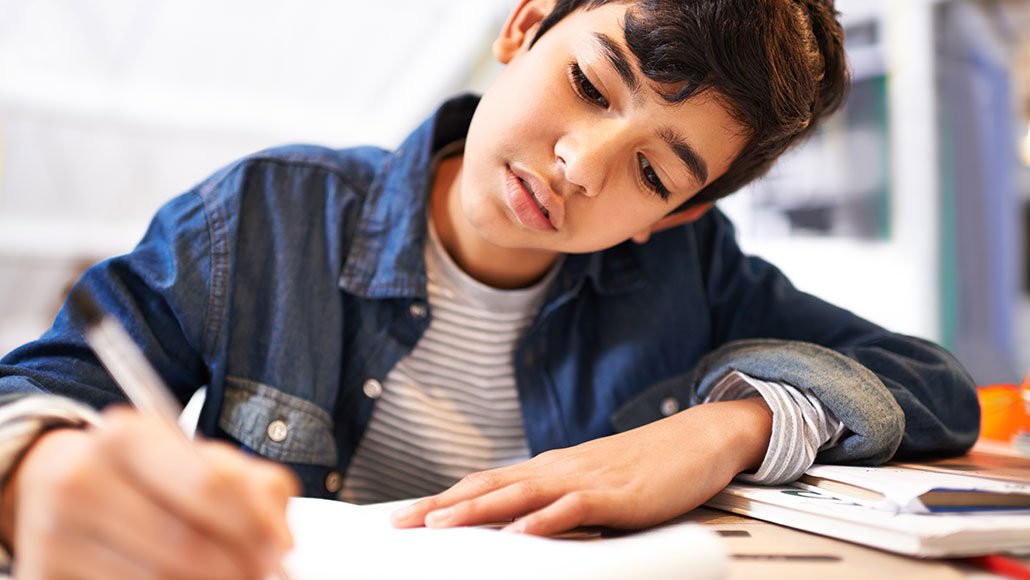 Kids use more of their brains to understand language, new data show. By adulthood, the right brain has largely bowed out, leaving the left brain to do this mental heavy-lifting.

Have you ever noticed that kids and adults seem to think differently? There may be a good reason for that. They don’t rely on the same parts of the brain to process words. That’s the finding of a new study.

Our brains change in many ways as we grow. Now researchers have shown that this includes how the brain deals with words. Young children and teens use both sides of their brain to understand language. But as we approach adulthood, the brain only uses the left side for this task. The move from two-sided to one-sided language processing takes place gradually. It starts around the time we learn to talk. It finishes up when we are about 19-years old.

The new finding should help science better understand the brain’s ability to adapt, says William Gaillard. This ability to modify and re-wire itself is known as brain “plasticity.” Gaillard is a doctor who worked on the study. He is a neurologist at Children’s National Hospital in Washington, D.C. He says that knowing more about this plasticity could help patients both young and old sometime in the future.

Elissa Newport, who led the study, also finds it exciting that children have speech centers on both sides of their brains. It may help explain why children tend to heal faster and more fully from brain injuries. A neurologist, Newport directs the Center for Brain Plasticity. It’s at Georgetown University Medical Center in Washington D.C.

The team shared its new findings September 22 in the Proceedings of the National Academy of Sciences.

Learning how the brain works

For hundreds of years, scientists learned about the brain by observing people recovering from injuries. Many with an injury on the left side of the brain had problems understanding or using words. From this, doctors reasoned that the left brain must manage speech and language. They didn’t know, though, if speech and language centers were on this side in everyone. And researchers had certainly noted that children often overcame many brain injuries better than adults. They just didn’t know why.Today’s researchers have access to high-tech tools that can peer into the brain. Functional magnetic resonance imaging (fMRI) is one of them. With this tool, researchers can study healthy, working brains without causing harm. In the new study, the team used fMRI to watch brains in action as 39 children and 14 adults tried to understand sentences.

Explainer: How to read brain activity

Each fMRI scan produced multiple pictures of the brain. Patches of color in each image highlighted which parts of the brain were getting the most blood. This is a sign that they were turned on and active.

To the researchers’ surprise, the left side of the brain was not the only part that turned on in the children. Both sides became active when the youngest children tried to understand a sentence. That activity in the right brain started to fall in children who were older. By age 19, no activity showed up on the right. All speech-and-language processing now was taking place solely on the left.

If both sides of their brain can pitch-in, this may explain why left-brain injuries often are not as crippling in young children as in adults.

Other teams are doing research into brain areas that process vision and memory. Gaillard says the team he and Newport work on is eager to combine its results with work by such groups to get a more “complete map” of how brains work.Sam Wang is a neuroscientist at Princeton University in New Jersey. He also has authored a popular science book about how our minds grow. Wang did not take part in the new study, but he finds it really interesting that children process language like “mental switch-hitters.”

So, the next time you think your parents or older siblings don’t understand you, give them a break. They could be using just a smaller part of their brains.