Too much sitting could hurt your mental healthtodays scorpio horscope 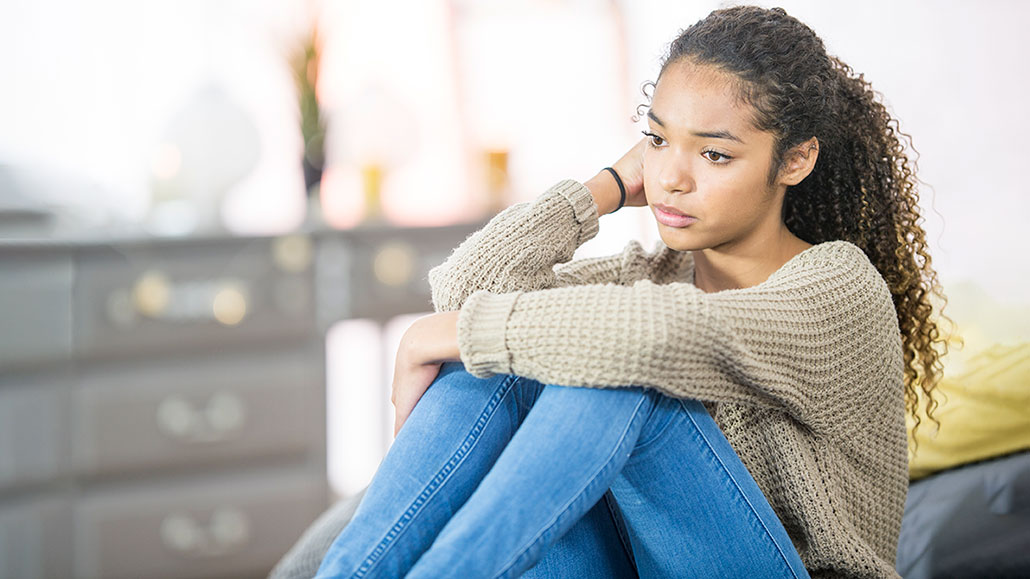 Depression is quite common in teens. New data now point to a surprising risk factor: too much sitting around. The risk seems to be greater for sedentary activities that don’t challenge the mind.

The COVID-19 pandemic has knocked many people on their butts — literally. At first, many schools switched to online classes. When some of these schools resumed in-person classes, they cut down on students moving from place to place. Likewise, many companies let people work from home. This means fewer people have been walking to bus stops or roaming around schools or workplaces. People now spend extra time sitting.

This increasingly couch-potato lifestyle is not good for health. The human body was meant to move. Limiting that movement can lead to a host of problems, from expanding waistlines and higher blood pressure to increasing risks of chronic disease, such as diabetes. Now, a growing body of data shows the brain also suffers when we don’t move enough. And this can contribute to mental health problems that may emerge during your teen years.

Jacob Barkley is an exercise scientist at Kent State University in Ohio. He was part of a team that asked 398 college students and teachers, last year, about their activities before and after in-person classes stopped in March 2020. Those who had exercised the most now became less physically active, on average. On the flip side, folks who had been less active before now did more physical activity after the class shutdowns.

Yet sedentary time went up — a lot — for the whole group. From April to June 2020, the people they surveyed sat almost eight hours more per week, on average, than they had before. Barkley’s team shared its findings in the September 1, 2020 International Journal of Exercise Science.

“To answer the question, ‘Did COVID knock us onto our backsides,’ I would say yes.” This was true “at least during the time we performed our study,” says Barkley.

In another study, researchers surveyed 937 Brazilian adults during the pandemic’s early months. They mostly stayed home, except for things like doctor visits or food-shopping. About one-third of these people wound up sitting for more than 10 hours per day, according to their own estimates. And people who did that were more likely to report symptoms of depression. An international team shared its findings in the October 2020 Psychiatry Research.

We shouldn’t take that news sitting down, even in a pandemic. The more time people spend sitting or lounging around, the higher their risk of depression and possibly other mental-health problems, studies find. Some research does suggest, however, that any higher risk for depression might depend on what people do while they sit. 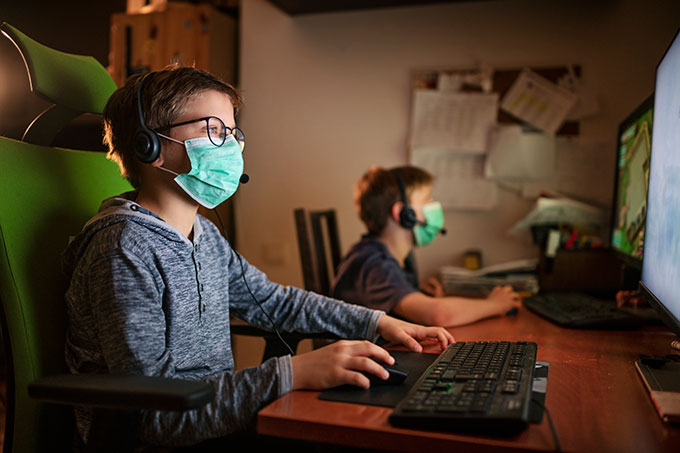 The study in Brazilian adults confirmed something scientists already knew: Too much sitting is linked to higher rates of depression and other health problems. And while COVID-19 may have increased how much people have been sitting, for most of them a trend toward reduced activity began years earlier.

People start to become more sedentary during their teen years.

One study conducted before the pandemic found that teens sit an average of 8 hours and 43 minutes a day. That’s some 90 minutes more than they did at age 12. Over the same period, the average time they spent exercising fell by roughly 80 minutes — to just over four hours per day. The researchers shared their findings in the March 2020 Lancet Psychiatry. 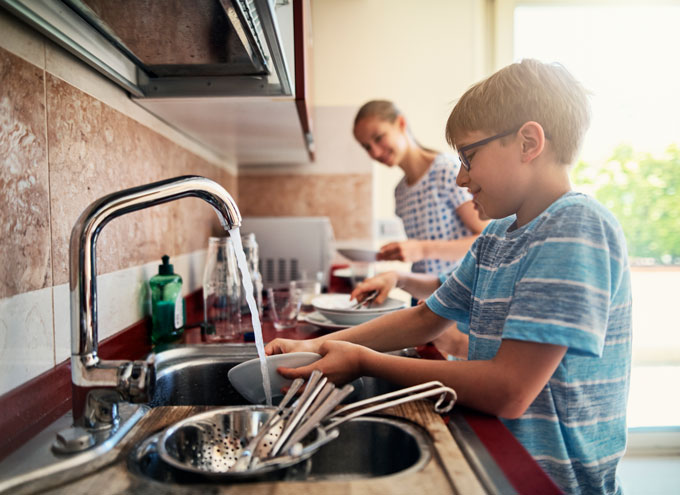 Chores can be a helpful way to break up sitting time. Imgorthand/E+/Getty Images Plus

Data on these 4,257 teens came from a larger, long-term study. All wore devices like Fitbits for at least 10 hours per day for at least three days at a time. They did this at ages 12, 14 and 16. At each age, the teens also answered questions about symptoms of depression. For instance, they were asked about low moods, poor concentration and any loss of pleasure in things they used to enjoy.

The results suggest that all types of movement might help, even light activity, says Aaron Kandola. He’s a graduate student in psychiatry who led the study at University College London in England.

“It is great to exercise and play sports,” he explains. “But anything you can do to avoid sitting for too long at once will help with mood, stress and thinking clearly. Interestingly,” he adds, “the more you sit down, the more tired you tend to feel, too.”b

How you spend time sitting may also play some role, according to Mats Hallgren. He studies links between mental health and physical activity at the Karolinska Institute in Stockholm, Sweden.

Hallgren is part of a team that reviewed data from more than 40,000 Swedish adults. They shared details about their behaviors and activities back in 1997. The people described how much time they spent in sedentary activities that were mentally challenging. Those included office work, meetings or sewing. People also gauged how much time they spent in more mentally passive activities. This might be watching TV, listening to music or soaking in a bath.

People in this study spent almost five-and-a-half hours each day in sedentary activities. Yet those who spent more than three hours of that time in mentally active pursuits were less likely to have a diagnosis of depression by 2010, compared to those who were less mentally active. They shared their findings two and a half years ago in the Journal of Affective Disorders. 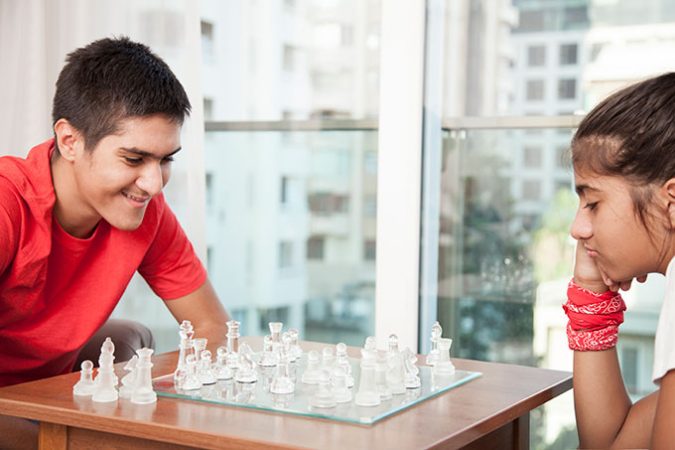 Some studies suggest that mind-challenging activities may avoid the increased risk of mental-health problems that is being linked to more sedentary time. izzetugutmen/iStock/Getty Images Plus

These are far from the only studies to turn up such a link. One group in China combined data from other research. As sitting time climbed, so did the risk for depression. That risk was greater when people spent more time in mentally passive pursuits. No similar link emerged among people who engaged in mentally active pastimes, researchers reported in the January 2020 Translational Psychiatry.

Another study asked teens in northern Norway about their screen time. This has become a common pastime for kids in the United States and elsewhere. For the new study, kids wore devices to measure their movements over the course of eight days. Teens with more screen time were slightly more likely to show signs of depression two years later. But this research couldn’t link depression and movement overall. Most of this study’s measurements had been made in winter, the authors noted. And prolonged darkness during the Scandinavian winter could restrict physical activity. That report appeared in the February 2020 BMJ Open.

Hallgren at the Karolinska Institute warns against taking any of these studies as meaning it’s okay to sit for long periods of time. For starters, it’s unclear what activities fall into different categories. Online research, for instance, probably counts as being a mental activity. Watching TikTok videos, however, is likely passive use of your brain.

“We’re in an era where we’re trying to learn more about this,” Hallgren says. “We don’t have all the answers to it at the moment.” And they might even differ in boys and girls, he adds. He and others proposed guidelines for classing different activities in the January 2020 Exercise and Sport Sciences Reviews.

For now, tests have not yet shown why excess sitting time might boost someone’s risk for depression. Several people have some ideas, however.

“When we sit for a very long time, it can [slow] blood flow in the body,” Hallgren notes, “including blood flow to the brain.” He says mentally challenging activities, in contrast, might stimulate blood flow. Sitting also might lead to more inflammation. That’s what some studies on diabetes suggest, he notes. Long bouts of sitting might even affect chemicals that promote the growth of neurons in the brain, he adds. Even sleep problems might play a role. Or, he adds, couch potatoes might do other unhealthy things while sitting, such as snacking on junk food. 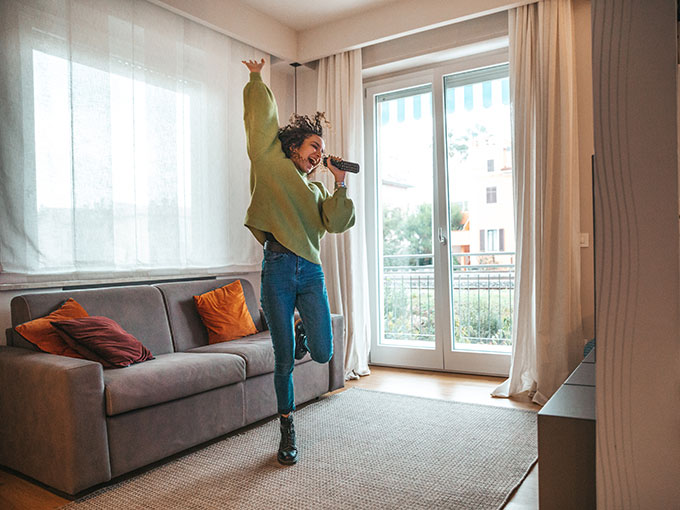 Get up and move around for a few minutes at least once per hour, experts suggest.LeoPatrizi/E+/Getty Images PlusNot just depression

Sitting too much may also foster anxiety. For one 2019 study, Australian researchers combined data from 13 other studies. In all, these data covered more than 70,000 people. This analysis turned up a trend between being sedentary and symptoms of anxiety. And that link was stronger than the link between screen time and anxiety. This suggests sedentary behavior itself is important, the team reported in the Journal of Affective Disorders.

Memory may also suffer from too much sitting. A 2018 study scanned the brains of adults. It measured the thickness of a part called the medial temporal lobe, which includes the hippocampus. Among other things, it plays an important role in memory. And this tissue appeared progressively thinner as the activity level in people fell. The team shared its findings in PLOS One.

Six tips to build more movement into your day

Scientists know that the brain’s hippocampus keeps making new neurons throughout life, notes David Merrill. A senior author of that study, this psychiatrist at the Pacific Neuroscience Institute in Santa Monica, Calif. Exercise, he says, can boost our brains’ production of one of the chemicals that stimulates that process. That, in turn, could affect the rate at which it makes new cells.

“Being inactive for long periods of the day may have the opposite effect,” Merrill says. “Having fewer new cells may result in thinning [of this brain tissue] over time.” Sitting also cuts the flexibility of blood vessels throughout the body. And that can lead to excess inflammation.

“It’s never too early to start living a healthy-brain lifestyle,” Merrill stresses. Good behaviors early in life, he suspects, may decrease the risk of late-life memory loss. Those brain-healthy behaviors include schooling, not smoking and avoiding head traumas, such as concussions. “Regular exercise and avoiding prolonged stretches of sitting also helps normalize mood and reduce anxiety,” he adds. “Staying active is a great way to feel healthy and stay sharper at all ages.”

Sitting also poses its own risk for a variety of chronic health problems, such as diabetes and high blood pressure, says Barkley at Kent State. Both of those conditions usually showed up in older adults. Now they’re both afflicting kids, too, especially ones who are overweight. And this link holds true regardless of what you do while sitting. “So decreasing sitting can improve your health even if you do not change your physical activity,” he says. 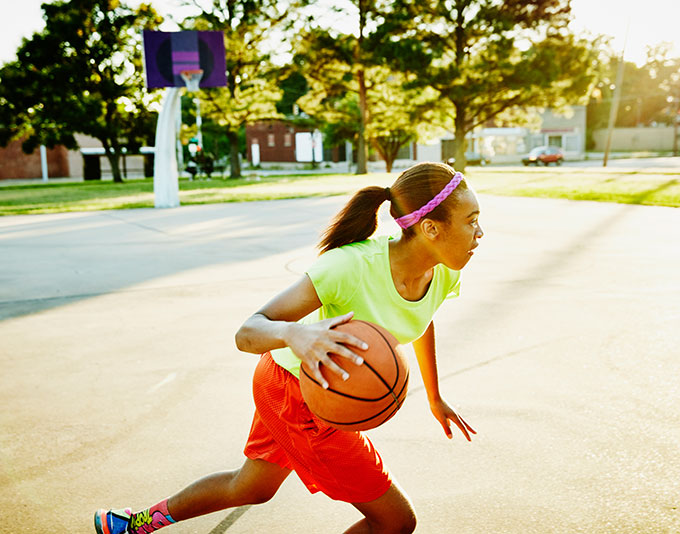 Even if you meet the guidelines of 30 to 60 minutes of physical activity per day, experts say you should still break up long periods of sitting.Thomas Barwick/DigitalVision/Getty Images PlusBreak up your sitting

“Just because you meet the current physical-activity guidelines does not mean you are not sedentary,” stresses Tatiana Warren. Her doctoral research focused on health risks from too little activity. Now she’s a public-health scientist at Just TATI, based in Baltimore, Md.

Indeed, the World Health Organization now urges people to limit their inactivity. And that guidance is in addition to advice on exercise. Studies don’t yet support setting a specific level on how much sitting is too much. But the basic message is to move more. And if you do sit a lot, add in even more exercise. The new recommendations came out in the British Journal of Sports Medicine last November.

Brief interruptions help. Hallgren’s team gave Swedish workers a survey that asked how much they sat still during leisure time. It also asked if they stood up at least once every half hour. Increasing amounts of sedentary time raised the risks for symptoms of depression and anxiety. But risks for those symptoms were only about half as high among people who very often interrupted their sitting time as in those who never or rarely took breaks. Those findings appeared in the May 2020 Translational Psychiatry.

todays scorpio horscopeToo much sitting could hurt your mental health