Pope adds 35 saints to church, nearly all martyrszodiac signs october 24The latest saints were proclaimed Sunday during a Mass celebrated by Francis in St. Peter’s Square and attended by some 35,000 faithful, many of them pilgrims from the homelands of those being honored. 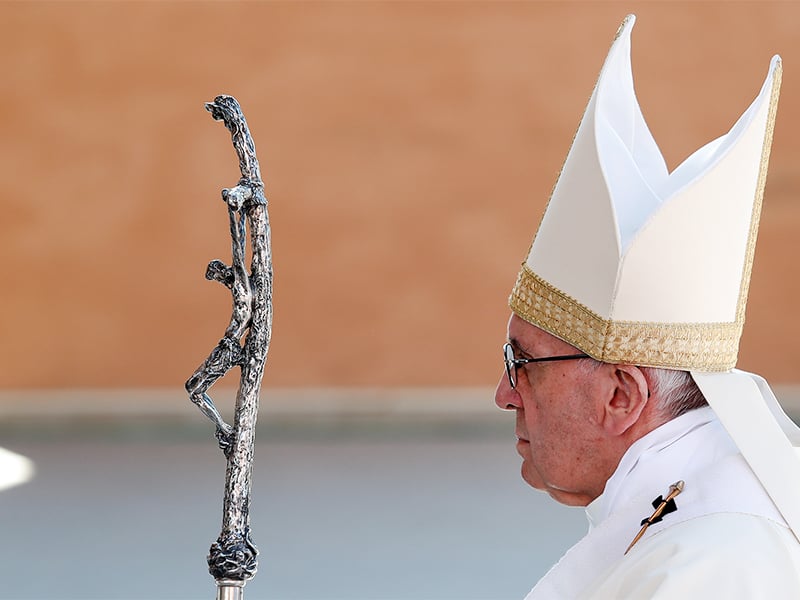 Pope Francis arrives to lead a Mass at the church of the Parish of San Pier Damiani at Casal Bernocchi on the southern outskirts of Rome on May 21, 2017. Photo courtesy of Reuters/Remo Casilli October 15, 2017 By Jerome Socolovsky ShareTweetShare

VATICAN CITY (AP) — Pope Francis, who often laments current persecutions of Christians, has given the Catholic Church 35 new saints, nearly all of them martyrs, from past centuries.

The latest saints were proclaimed Sunday (Oct. 15) during a Mass celebrated by Francis in St. Peter’s Square and attended by some 35,000 faithful, many of them pilgrims from the homelands of those being honored.

Thirty martyrs, including priests and lay persons, suffered anti-Catholic persecution in 1645 at the hands of Dutch Calvinists in Brazil, while three children, ages 12 and 13 who were indigenous persons in Mexico, were martyred in the 1520s for refusing to renounce their Catholic faith and return to their ancient traditions.

The other two new saints are a 20th-century priest from Spain and an Italian priest who died in 1739.

Since becoming pontiff in 2013, Francis has repeatedly paid tribute to Christians suffering or even dying for their faith in current times, especially in the Middle East.

At the end of the canonization ceremony, Francis hailed the new saints as “shining witnesses to the Gospel.” In recent decades, the church has stressed that the latest saints can serve as role models for today’s Catholics.