Scholars Debate Causes of Women’s Underrepresentation in STEMscorpio luck this weekTwo new commentaries on a contested 2018 study about gender disparities in STEM fields clash over whether sex differences or social inequalities are to blame for the lack of women scientists and engineers. 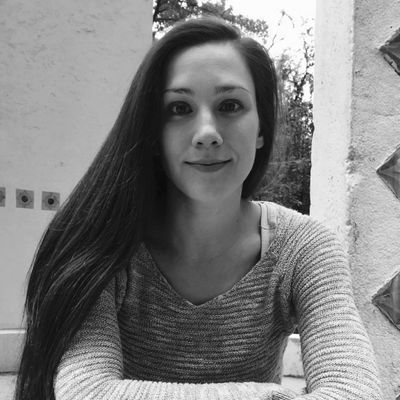 A former intern at The Scientist, Amy studied neurobiology at Cornell University and later earned her MFA in creative writing from the University of Iowa. She is a Los…

Acontroversial study published in Psychological Science in 2018 claimed that a “gender-equality paradox” exists in countries that have greater overall gender equality but an underrepresentation of girls and women in STEM fields. This week, Psychological Sciences published two commentaries—one from the authors and one from outside researchers—that have intensified the debate over the role of sex differences and social conditioning in educational and career choices.

In the original paper, coauthors Gijsbert Stoet, a psychologist at the University of Essex, and David Geary, a psychologist at the University of Missouri, state that Finland is a country that “excels in gender equality,” with girls outperforming boys in science, reports Inside Higher Ed. As such, Finland should have less of a gender gap in STEM fields, they argue, yet the opposite is true: Finland has one of the lowest proportions of women earning STEM degrees, along with Norway and Sweden, which also rank high in gender equality.

In Algeria, on the other hand, gender equality is low, but there are more women studying science and technology, according to Buzzfeed’s summary of the paper.

Stoet and Geary argue “that the relatively large sex differences in occupational interests become more clearly expressed in countries where occupational choices are less constrained by the financial incentives to study a STEM subject,” reports Inside Higher Ed. In other words, women are opting out of STEM fields rather than being pushed away.

Researchers at Harvard University’s GenderSci Lab, including Meredith Reiches and Sarah Richardson, decided to take took a closer look at the data and uncovered several anomalies, including in the calculations for Algeria, according to Inside Higher Ed.

Their complaint to Psychological Sciences launched an investigation by the journal editors, Reiches and Richardson write in Slate, which revealed that the authors had used an “undisclosed measure of women’s representation in STEM.”

In December 2019, Psychological Sciences published a corrigendum in which Stoet and Geary addressed these “oversights” and offered revised formulas and figures.

The numbers, according to Reiches and Richardson, still didn’t add up. Buzzfeed reports that Richardson and colleagues found a questionable ratio calculating method and an underestimation by 8 percent of the number of women in STEM fields worldwide.

Stoet initially replied to Richardson’s requests for clarification, but then stopped responding, according to Buzzfeed. Richardson then contacted Psychological Science, which published her commentary on February 11, along with a commentary by Stoet and Geary.

Writing in Slate, Reiches and Richardson maintain that “the so-called gender equality paradox is a new entry in an old playbook of arguing that biological sex differences, not social inequalities, drive the gender disparities we see in areas such as STEM. But a little digging shows that the paradox is the product not of innate sex differences in STEM interest, but the use of contrived measures and selective data to tell a particular story.”

Amy Schleunes is an intern atThe Scientist. Email her ataschleunes@the-scientist.com.