Mother Emanuel AME pastor shows solidarity with Sutherland Springsastrology sagittarius december 2021The Rev. Eric S.C. Manning hopes to visit Texas church members because ‘when trauma happens sometimes those who have gone through it are able to provide a little bit more of an encouragement.’ 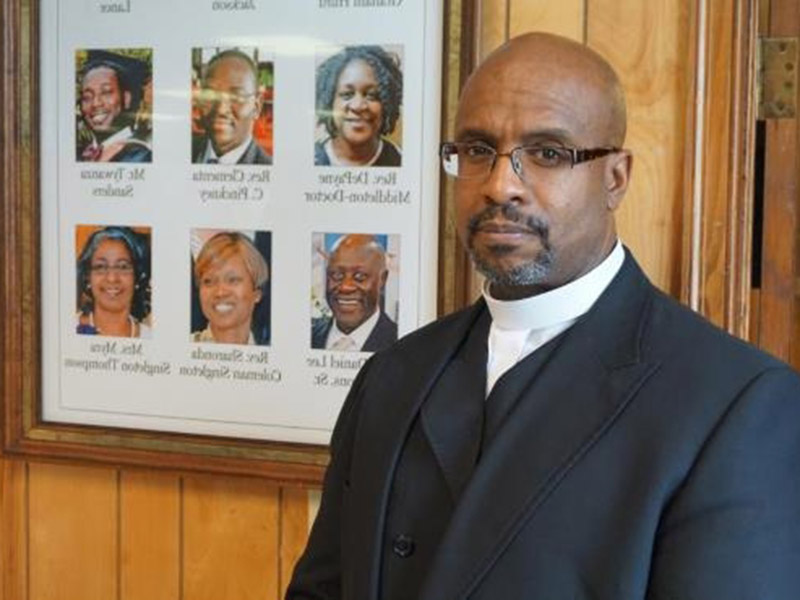 (RNS) — In the wake of the shooting massacre at a Texas church, the Rev. Eric S.C. Manning has visited members of his own congregation — Mother Emanuel African Methodist Episcopal Church — to see how they are coping with rekindled memories and ongoing grief.

Manning, who became pastor of the Charleston, S.C., church about a year after nine people were killed by a gunman during a Bible study by a white supremacist, has picked up the phone this year to call a Tennessee church and a Canadian mosque that suffered their own attacks. But he hopes to offer a “ministry of presence” by visiting members of First Baptist Church in Sutherland Springs, where a gunman killed 25 on Sunday (Nov. 5).

He talked to RNS about how things have changed — new security and a new counseling center – for his church members and how they’ve stayed the same — the church doors remain open to members and visitors.

The interview was edited for length and clarity.

How did you learn about the shootings at the First Baptist Church in Sutherland Springs, and what was your first reaction?

We were watching television in the afternoon and saw breaking news that something had taken place in Texas at a church. We began to pray for the congregation there because we understand what it means to have evil show up in the church and commit a heinous act.

Is Mother Emanuel AME planning to reach out to that congregation in any way?

Yes, we plan on trying to get out there either next week or the following week, just to show our support and aid in anything that we can possibly do with and for them. The only thing that I can really guarantee is just bringing a ministry of presence to be with them to show solidarity and that they are not alone. One thing that we have learned is that when trauma happens sometimes those who have gone through it are able to provide a little bit more of an encouragement.

The situations seem to be both similar and different as far as what has unfortunately happened to your two churches: People were killed when they were coming together to pray and worship but the perpetrators seem to have had different motives. Does that matter at all as you reach out to this church?

That really does not matter. Though the motives may be different the result is the same: You have now two congregations who have gone through a tremendous amount of hatred and evil within their sacred spaces.

How are the members of your church coping with this news, which could be bringing back very, very difficult memories?

It is, of course, bringing up memories and exposing old wounds that we thought may have been healed throughout the process of time. It’s thrust several members back into that June 17, 2015, time when everything was kind of just moving very rapidly and having a lot of people experience the sheer raw emotions of having their church violated and having their ministerial staff and loved ones murdered within the sacred walls of the church.

How has your church offered counseling to them?

Mother Emanuel is blessed to have a partnership with MUSC (Medical University of South Carolina) in Charleston. And we have an Empowerment Center that’s staffed by clinicians from MUSC and they are able to come and to receive any type of help that they may need from a therapeutic or clinical perspective.

What has it been like for church members to walk back into a site of such tragedy?

I’ve only been serving Mother Emanuel for about a year and a half. Every day we do return to what is a crime scene and there are days when it is mentally challenging to come through the doors, but through God’s perseverance, he continues to give us the strength that we need to endure. Sometimes the staff may give me a call and say, “Pastor, I just don’t feel up to coming in” and, of course, I understand.

READ: A year after the Charleston church shooting, what has changed?

Is there a way to sum up how your congregation was doing before the news of this Texas attack?

We were just continuing on healing and continuing on worshipping and being there for one another and welcoming as many guests or guest worshippers who wanted to come worship with us. There wasn’t a return to normalcy but our new normal we were quite OK with.

Were there specific things that the congregants tried to do to reclaim their church space as their own after the 2015 tragedy?

Reclaiming the church space is an interesting question: The space was never actually forfeited. Mother Emanuel has experienced tragedy before in its history — never, of course, like this. But the church is a place that has a history of resilience, a history of determination and perseverance. So the way that we, if you use the term “reclaim the space,” just that following Sunday were immediately opening the doors of the church and worshipping. That began the reclaiming of it. We weren’t going to let evil have the final word. We weren’t going to let the enemy stop the momentum of doing what God has called us all to do.

What kind of security changes has Mother Emanuel made after June 17, 2015?

We have uniformed officers in our worship service and in our Bible study and we also have a security team and we have cameras.

Incidents like these prompt some churches to contemplate getting training for security, arming their members or having armed guards. What do you advise?

Each church will have to handle or answer that question themselves. We can’t just say, “Here, this is the one size fits all.”

There are some people across the country who may be thinking now, after attending church regularly, that maybe they should consider staying home and perhaps listen to services online, on TV or on the radio. What would you say to them?

I would say to them, “Do not let the enemy have the victory.” I understand that people would be apprehensive and for a season they may not return. We experienced the same thing at Mother Emanuel but through the process of time God has continued to touch various members so that they feel comfortable coming back to worship.

Do you feel there has been any sense of healing since the attack on your church, or do you think that healing can ever come?

Healing takes time. Every member is in a different space, the same way that every member wasn’t able to immediately forgive. We just have to take one day at a time. And for those who are struggling, it is not for us to make them feel as if they are lesser a Christian or that their faith is weaker. We must also be patient and wait for their complete healing and restoration to come. But it will come.