Summary: Researchers link photo sharing on social media with increased depression risks. Depression symptoms that required treatment more than doubled by the third wave of the COVID pandemic in those who routinely shared photos via social media.

The rate of reported depressive symptoms that are likely to require treatment has more than doubled by the third wave of the COVID-19 pandemic among those who most often share pictures or videos of themselves on social media, according to a recent study published in The International Journal of Interdisciplinary Social and Community Studies.

Social media use, self-representation habits, and mental health status were assessed using a three-step online questionnaire survey. The questionnaire always contained the same 20 questions in a separate data collection period during each pandemic wave, between 22 April 2020 and 4 April 2021, when restrictive measures were in effect in Hungary.

According to the results, time spent on social media and willingness to share self-representative content have both increased during the pandemic waves and are associated with a higher and growing risk of major depressive disorder among the most active sharers.

“The trend measured during the first and second waves intensified further by the third wave. Former results have already shown that the use of social media and the willingness to publish self-representative photos and videos have significantly increased compared to the pre-epidemic period.

“For those who sent pictures and videos of themselves or their close relations at least once a day during the first wave on Messenger, the platform where the frequency of sharing such content increased the most, the proportion of people at risk of depression was 19% then, meanwhile it was 16% in the overall sample.

“During the second wave, a significant increase was already observed, with two-fifths of daily sharers showing signs of major depressive disorder, compared with a quarter of all participants.

“During the third wave, 45% of daily sharers reported symptoms of depressive disorder, compared to 27% of the total sample,” said communication and media expert Alexandra Valéria Sándor, a Ph.D. student at the Doctoral School of Sociology of Eötvös Loránd University, Budapest.

Among respondents, the proportion of selfies and portraits together was the highest on all platforms surveyed, but self-representative photos and videos taken on trips and trips (depicting themselves or their close relations, including their pets) were also common.

As for the reactions to such contents, the most common response during and after the first wave was that their amount “did not change” or “increased somewhat.”

Later, however, during the second and third waves, the “somewhat increased” and “greatly increased” responses were the most common. More people reported giving more reactions than receiving more at the beginning of the pandemic.

The questionnaire included open questions about social media use during the pandemic. One respondent mentioned that during the third wave he had been editing his own images—mainly selfies—for an average of an hour and a half, while another said that they “have no better thing to do” during the COVID-related restrictions.

A participant acknowledged that others spend more time on social media, while several stressed that people were “posting more and more,” and someone stated that under restrictive measures, only “social media connects people with the outside world.” 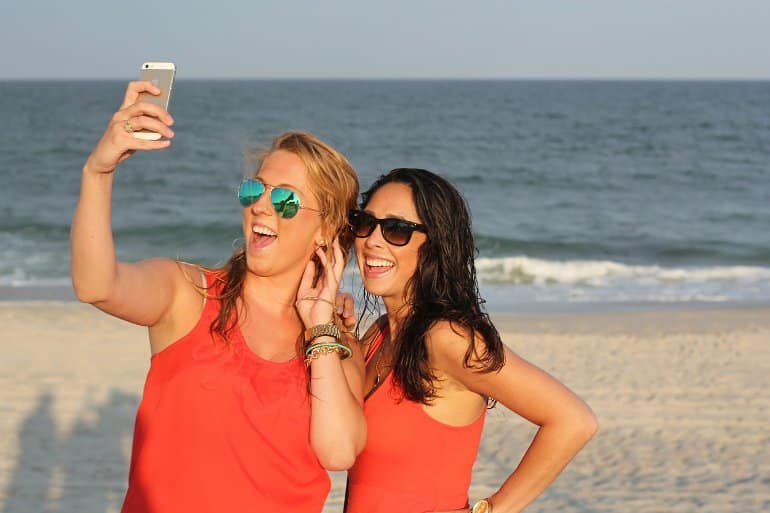 Social media use, self-representation habits, and mental health status were assessed using a three-step online questionnaire survey. Image is in the public domain

The online survey incorporated the Patient Health Questionnaire-2 (PHQ-2) to assess the mental health statuses of respondents, in which they responded on a four-point scale to how much their interest and pleasure had decreased during their activities and how often they felt sadness, depression or hopelessness over the past two weeks.

The fact that more than a quarter of the total sample and almost half of those who share self-representative content at least daily have reported depressive symptoms during the third pandemic wave demonstrates that it would be worthwhile to treat the negative impact of the pandemic and the restrictive measures that have become necessary on mental health as a priority public health issue.

In addition, it would be useful to draw attention to the importance of conscious use of social media,” summarized Alexandra Valéria Sándor, who presented the results at the Sixteenth International Conference on Interdisciplinary Social Sciences, Oxford, before the official release.

The current study contributes significantly to mounting evidence of the psychosocial effects of the COVID-19 pandemic and its interaction with other global phenomena such as expanding social media usage and changing patterns of self-representation.